First up, monster hat for a friend's 3yr old son's Bday gift.   Boys are harder to crochet for, but man...this monster hat was just loads of fun.  Once I got the head sizing right.  I swear I started and ripped and restarted 3-4 times, even following a pattern stitch for stitch.   It's still too big for a 3yr old, but he'll grow.   I ended up using the Super Quick Beanie hat pattern and embellishments from this Dino Hat pattern.  BTW, all the tween girls in my daughters drama class were Squeee-ing over it, as I worked on it during rehearsal.   So I'd call this an ageless and genderless gift idea! 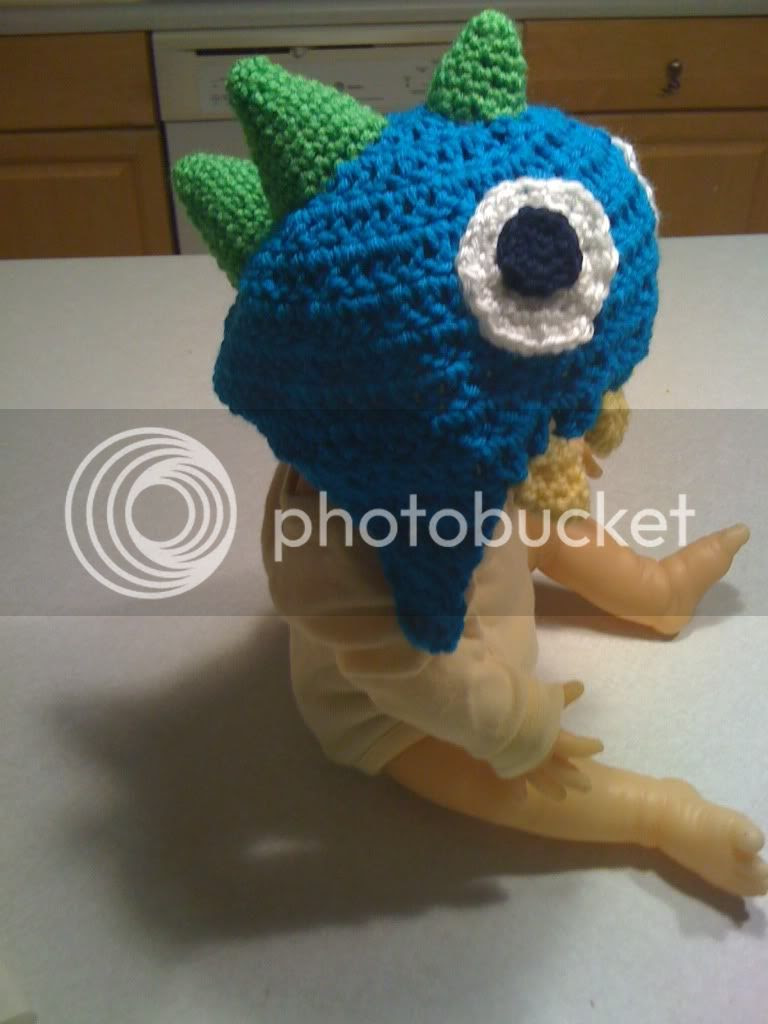 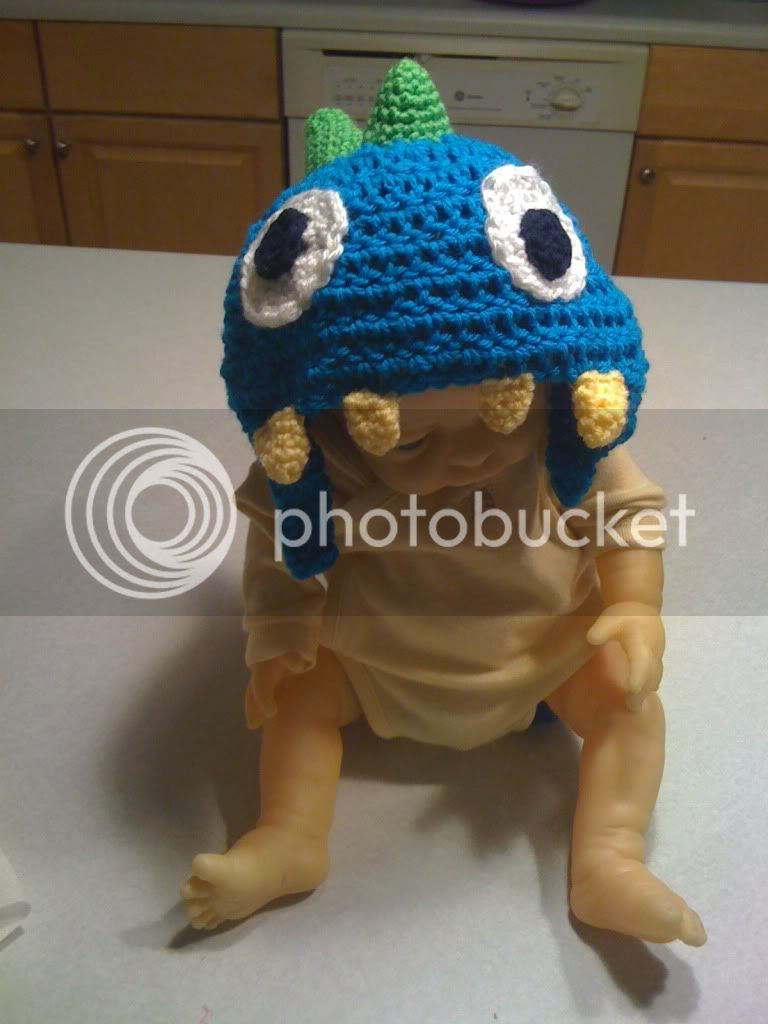 Second up, Angry Bird hat.   Totally cute and still not sized right.  This one was made in the child/tween size and I think its def more sized for a young 4-5 yr old child at most.  I honestly have no idea why I cant properly size hats.    But right now, they are my current obsession, so mayhap one day I will be able to make hats to actually fit their intended recipients. 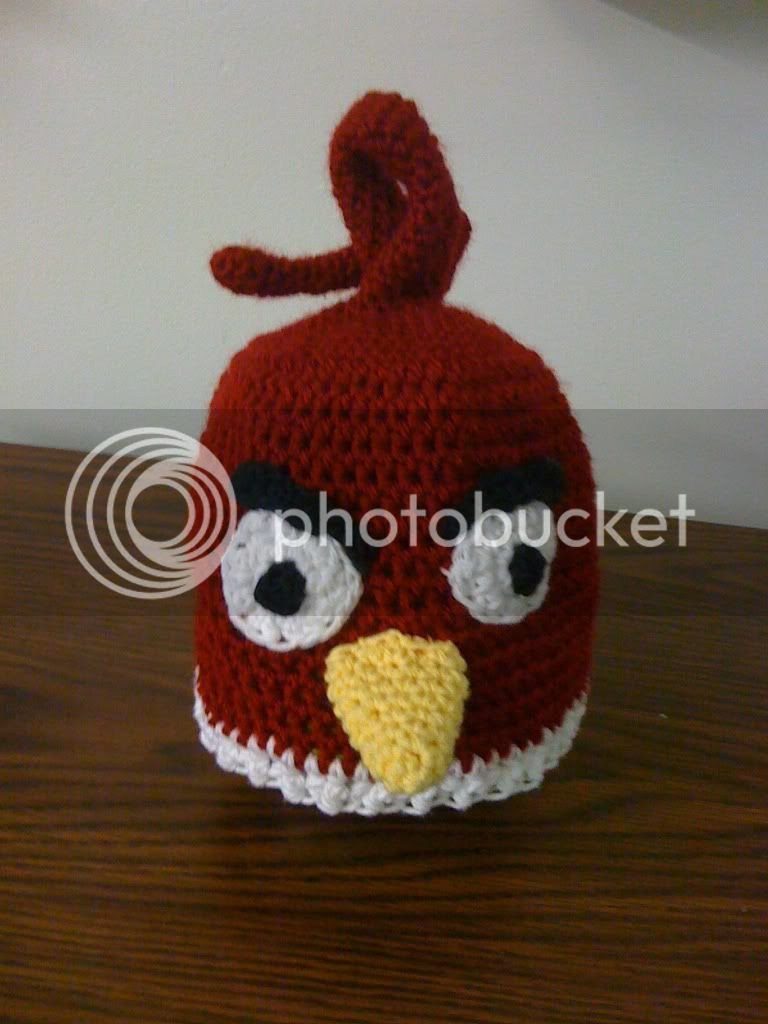 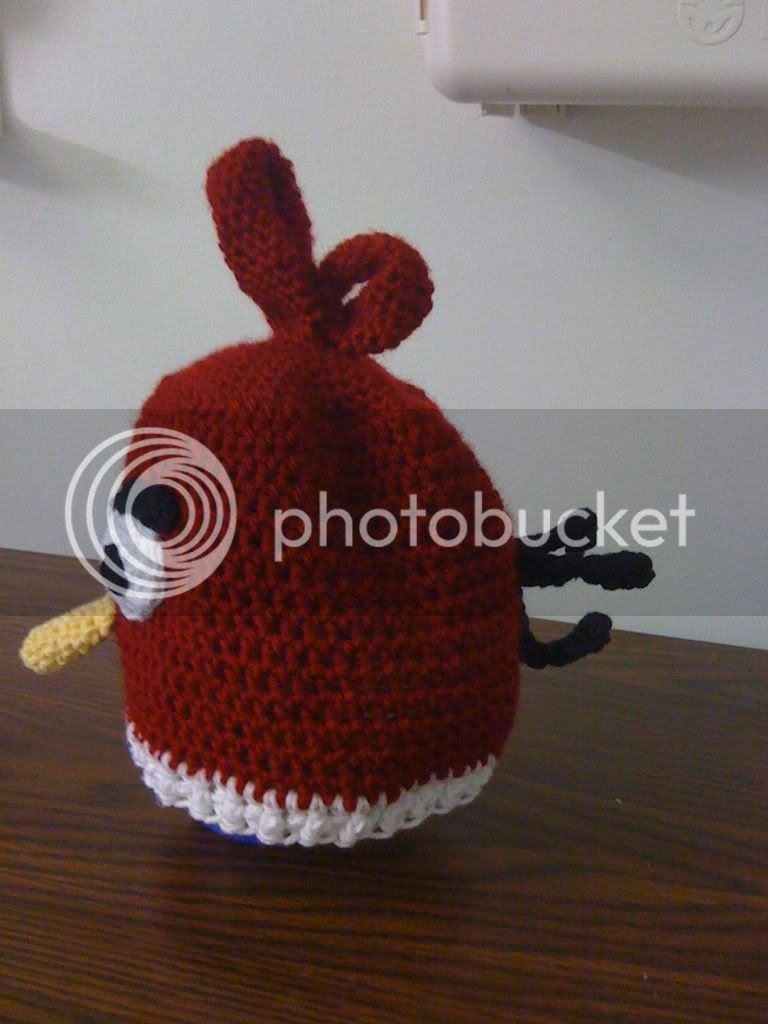 The top feather is a little interesting in that its a long tub that is folded over.  I think it looks unique, but it definitely adds complexity (and time) to the project.  I may try a future hat as just a beanie and make some sort of feather to add later.   But then it may flop more.   Either way, I totally love this hat!  ﻿
Posted by Jenn at 2:01 PM 1 comment: