I love these tiny hats!   So quick to make, so many possibilities for embellishing, no worries on sizing (still a weak skill of mine) and super fun to wear!

So here is my Steampunk twine/leather and clock finding mini top hat: 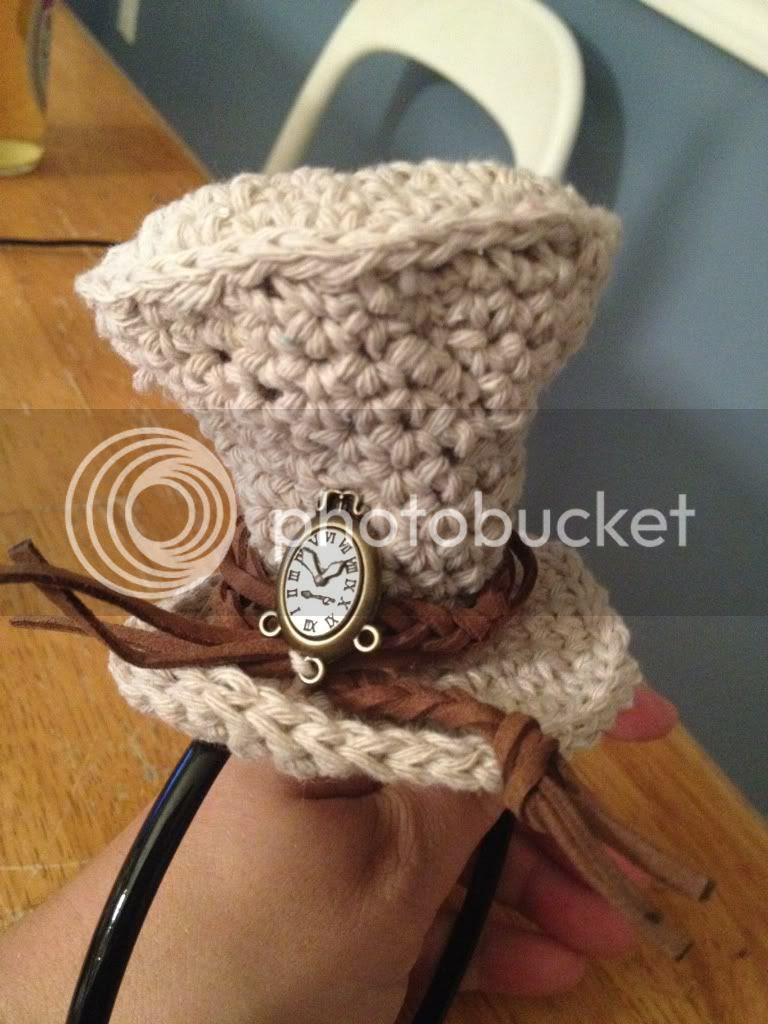 And here is the Mad Hatter Butterfly Tea Party hat:

And finally, the Shamrock hat as requested by a friend who actually has St Paddy's Day plans.  So while my husband leaves on a business trip Saturday afternoon (that coincidentally includes a networking "event" at a pub Saturday night) and I am stuck at home studying and drinking green beer alone while the kids sleep, at least my hat will be out having fun! 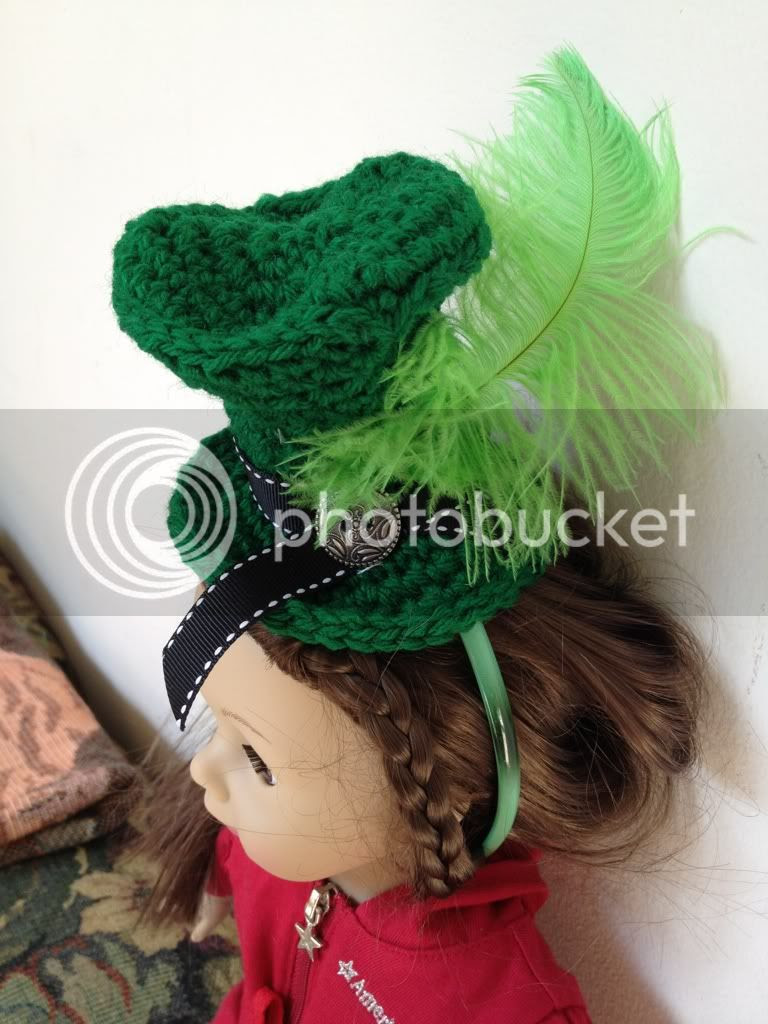 I've searched the world over...for a tiny steampunk hat that I can afford to wear to my friend's book launch, which just happens to be a steampunk vampire paranormal romance of some sort.   (Kindle preorder slated to arrive magically on 3/27).   So anyway, not having $100-400 for a tiny hat, nor similar dollars for a plus sized corset, I am taking the DIY route. 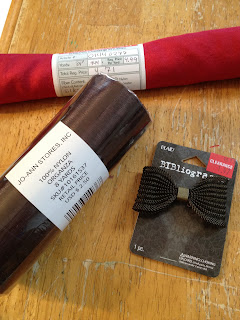 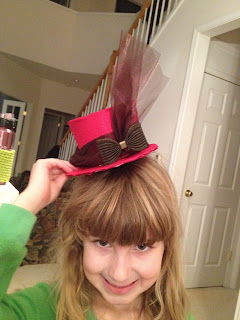 Uh..from afar it looks pretty awesome, with the red silk and the organza and the utterly cool metal bow...but up close, not so much.  My masking tape was crappy and it didn't hold and the places where I tried to stabilize it with glue ended up ruining the silk. 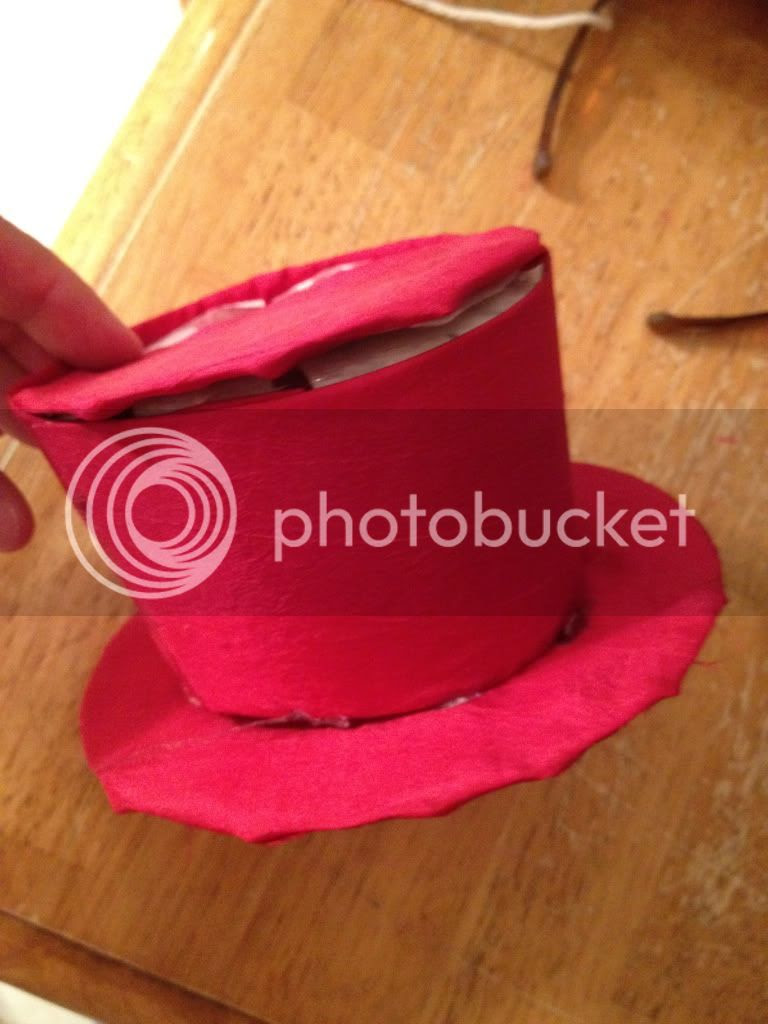 So I kept searching and not liking what I was finding and finally just decided...eff-it.  I am a crocheter, I'll just crochet the damn thing.   Found a pattern, worked it up fairly quickly.   Then had to work another, because the first one was too small.   Ripped my organza and utterly cool metal bow from the first hat and voila.... 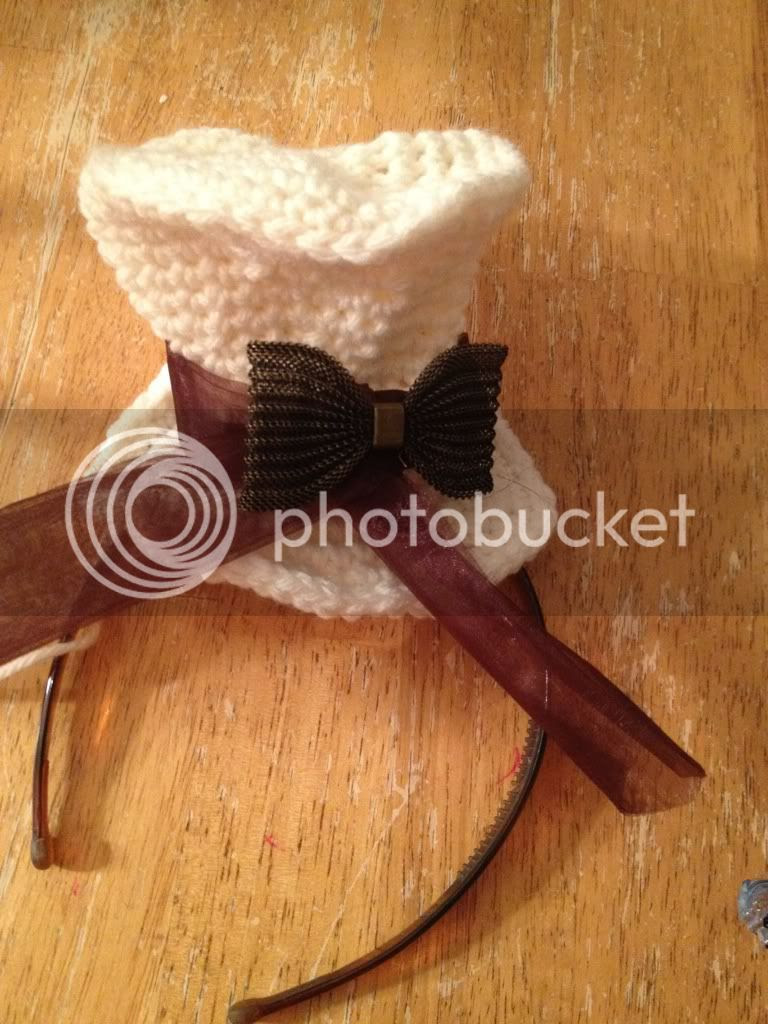 I still need to work on a little better attachment to the headband and I am brewing an idea for maybe something more speampunk-y than Lion Brand Woolease, like twine or leather as the fiber?   I have until the 30th and unless we get a sudden windfall and my husband approves a totally frivolous purchase of $500 worth of hats, buckles, skirts and bustles, then the crochet version will have to do.

Excuse the tired, makeup-less eyes.   When the work is done, it waits for no primping! 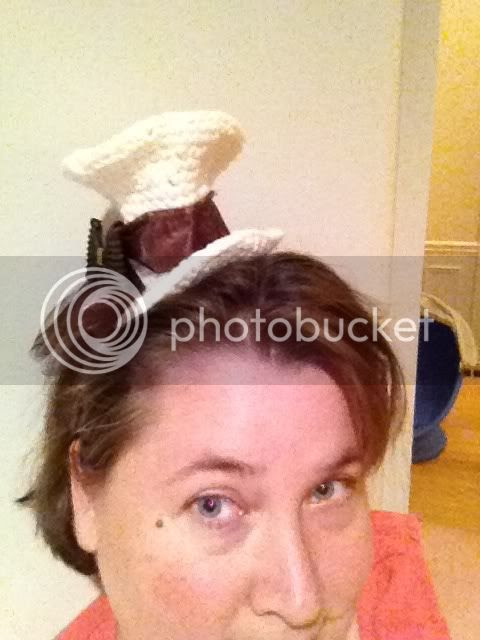