Cuddle Cuddle Up It


Yeah, I was commissioned to make a Cuddleuppet, a blanket that's a puppet.    Which is apparently the most "coolest toy in the world, a'cause the pink monkey comes with a t'nana that he eats!"

Who am I to turn down commissioned work paid in hugs & kisses?

Except the monkey puppet pattern that I tried to follow had some very confuzzling directions, which caused me to just branch out on my own and wing it.  "Wing it" is apparently Jenn-speak for "create a monkey-like head that resembles a cow." 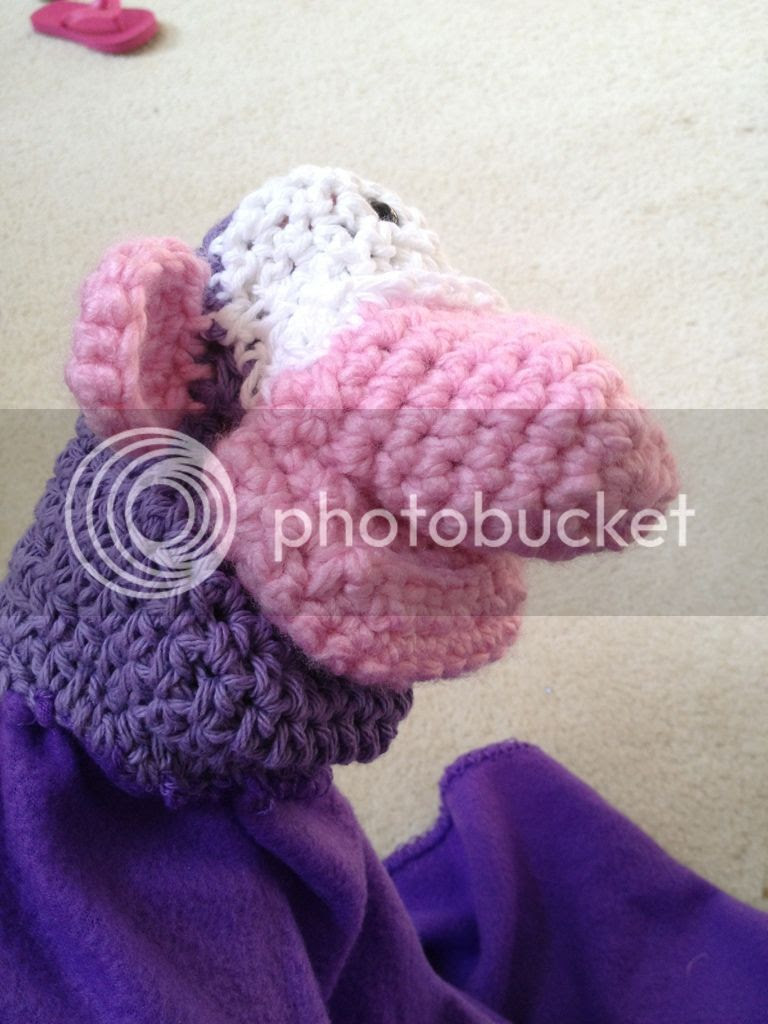 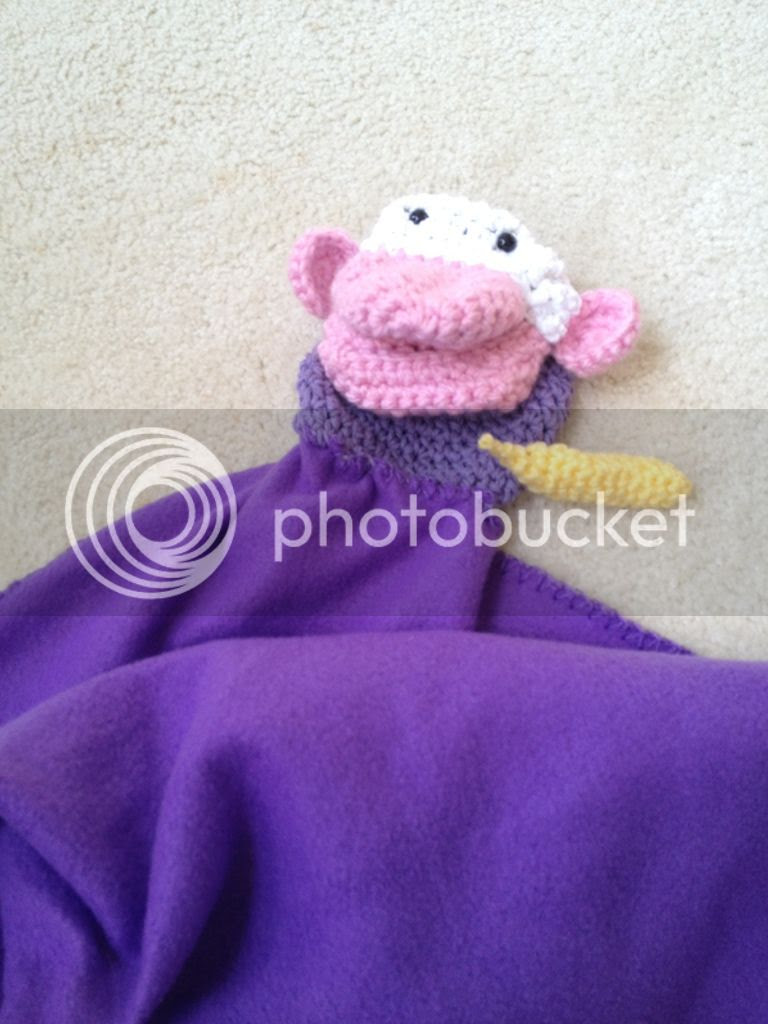 But the recipient is happy, especially once I added the t'nana. 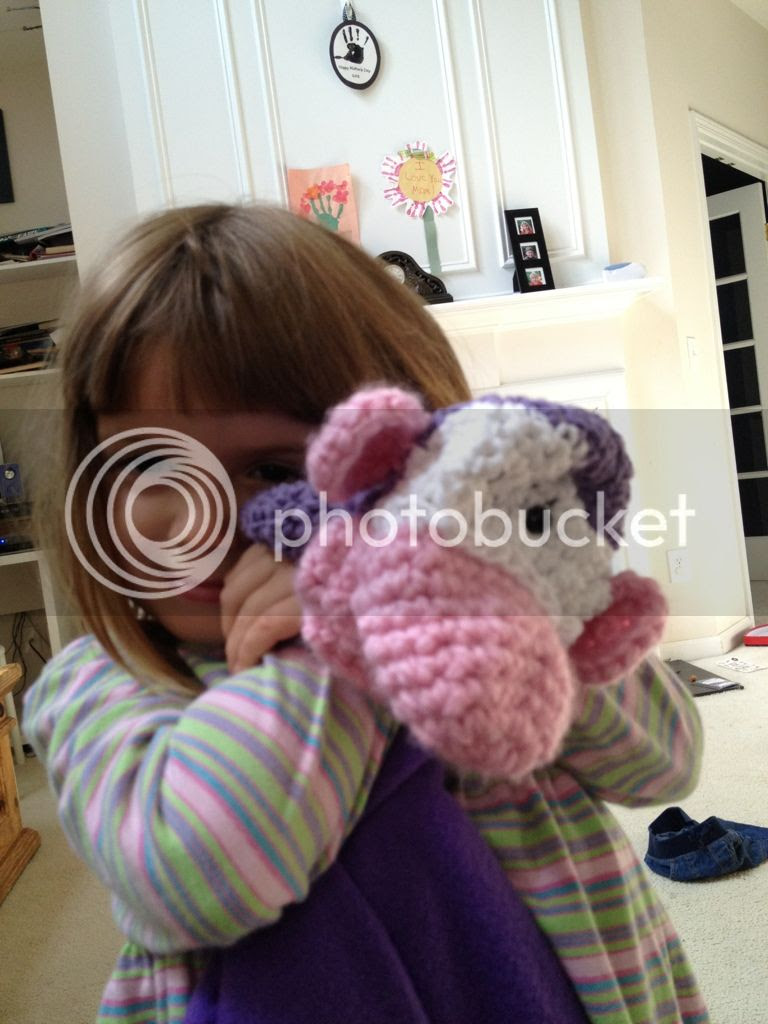 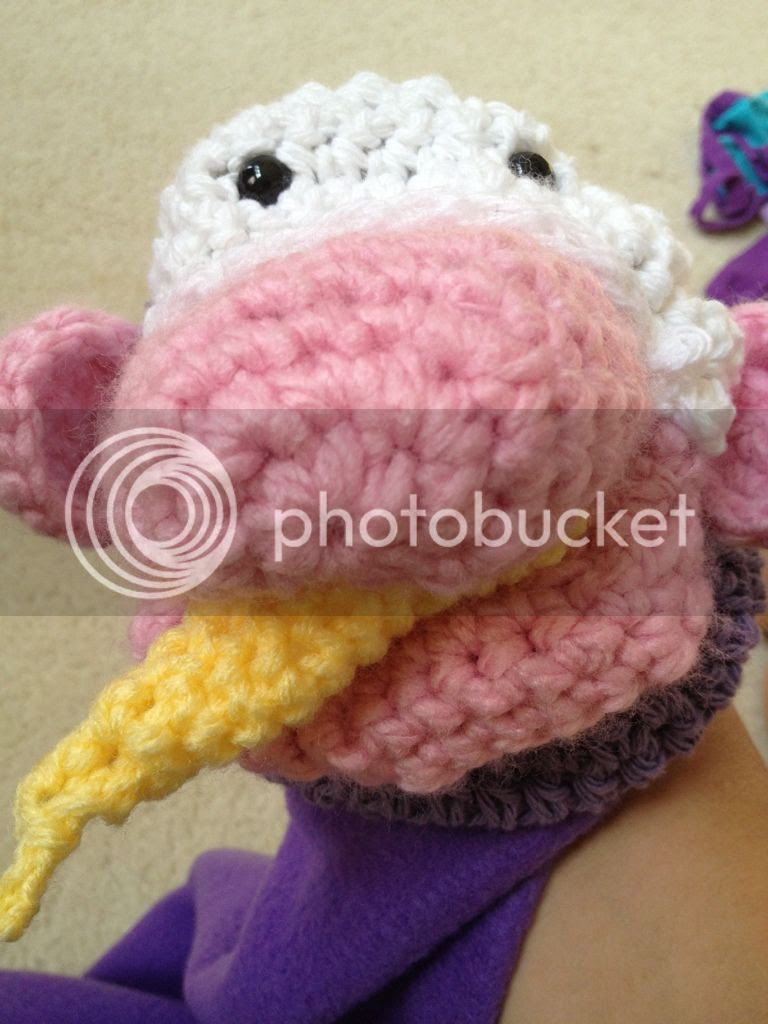 And the other little girl has requested a pink poodle version with a crocheted dog bone.