This should not have been so hard!

I guess with the flurry of hat making, plus Halloween and Christmas crochet, I totally forgot to keep up with the Squares of the Year project for my son.    I think I floundered because I could not find a decent football square pattern for September.  Most were just fugly and not what I had in mind.     I am not quite skilled enough to crochet exactly what's in my brain yet, but I decided to just go for it.

Freeformed the football.  Then spent hours crocheting and yanking the green background around the football.   I originally wanted horizzontal lines so I could add the white yard makers across.  But that was a wretched mess of wonkyness.   Then I had to try multiple times to create a square around an oval shape.    Eventually, I got the sides somewhat even-ish.    I think it turned out fab, and I especially love how the spike stitch approximates the Falcon's logo.    I just wish I knew exactly how I did this so I could do it again.

I had completed August, with a school theme since in GA, the kids go back to school in early August.   Of course, it's been so long, I cant find the pattern I used for the pencil, but looks like pretty basic crochet with decreases and I am pretty sure I just finagled a square around it. 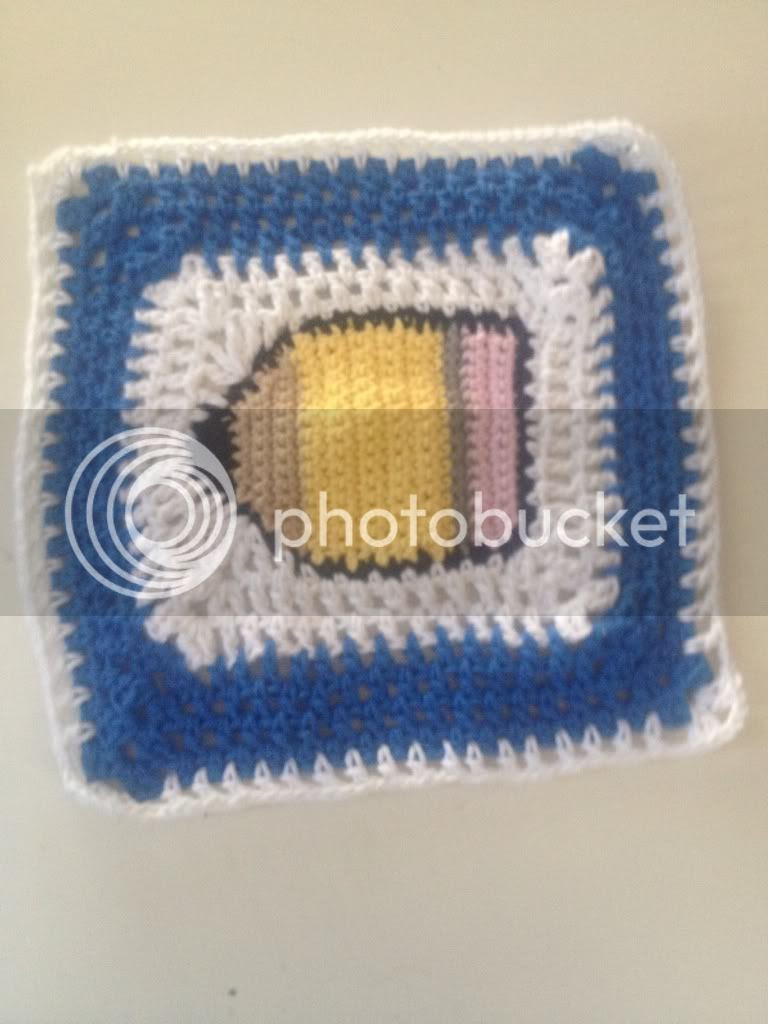 Although this is sure cute!    And so are these guys!