Random Acts of Crochet is still up and running.

First up...#2, the corset coffee cozy.   I think it qualifies as random just because it's a corset coffee cozy.   I added grommets and sent it off to my friend who is about to release her first novel, a steampunk paranormal romance called Wicked as they Come.    Go pre-order it, now!   But yeah, when I stumbled across the pattern, it just had to be made. 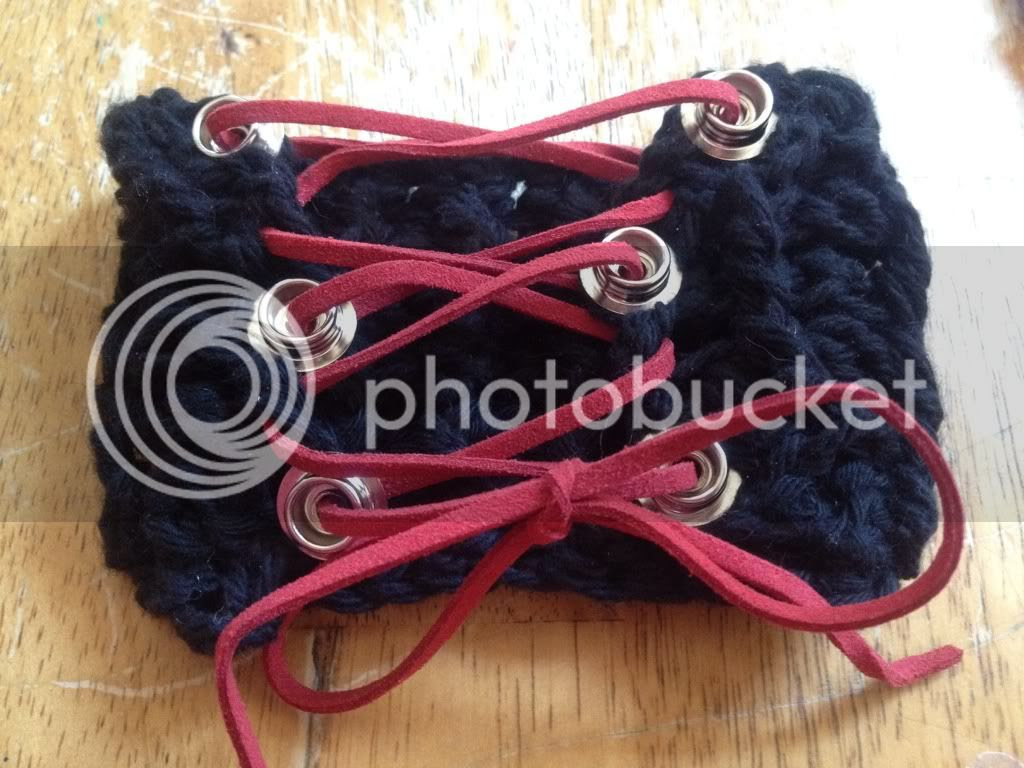 Next up, #3, 4, 5:  Wee baby hats for three wee babies who were born too early to a mom in my ICAN chapter.  I have never made preemie hats and I don't know if they will fit or not.  I used measurements from the Interwebz and my "preemie" stand in baby doll.   Two boys and a girl.  I wanted to get away from the traditional pink/blue and loved these color combos.    Loosely based on this pattern, I hope to made a set of bigger hats soon! 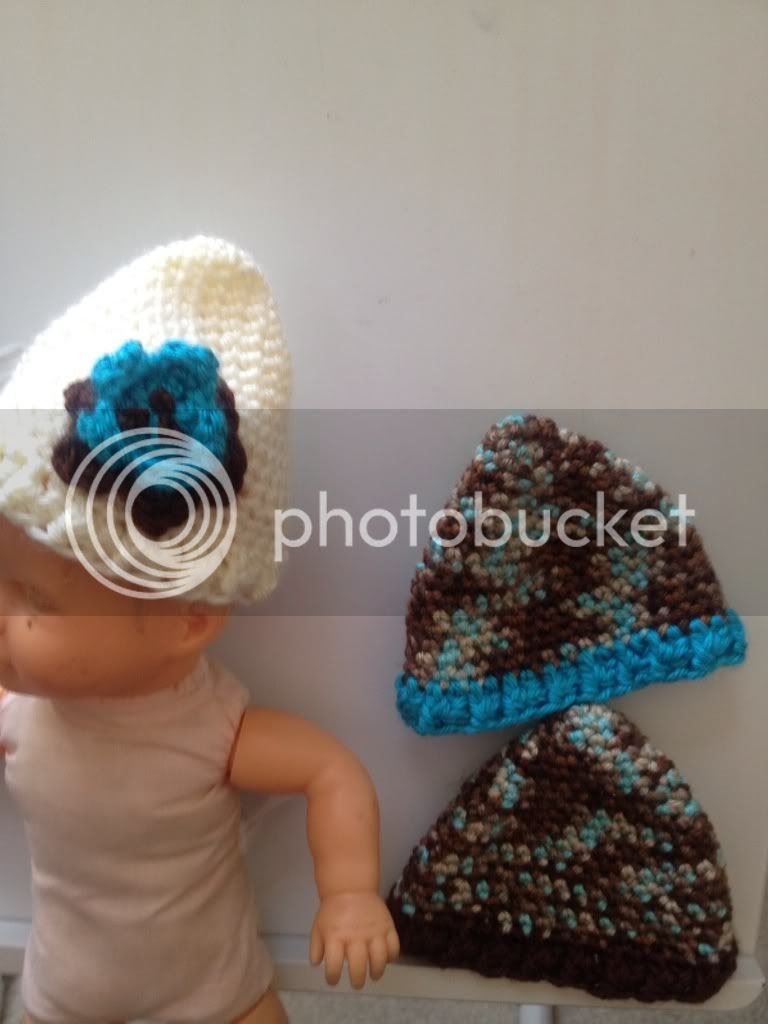 And, #6, 7, 8:  Veggies!   My daughter is a Vegetable Pixie in a play.  She plays the Carry, the carrot.  Her buddies are Aspy the asparagus, Spinny the spinach and Broc the, well, you get it.   So I made veggies for each kid to give out at the performance next weekend.   These are all basically free handed with the addition of "animal eyes" safety eyes.  I dig 'em.   My daughter doesn't want me to add noses or mouths.  What do you think?


Spinach was hard.  Spinach is just leaves.   No body to anthropomorphize.    So I just stitched 3 leaves together.  Tell me it's at least somewhat reminiscent of spinach, just to make me feel better.


Whew, so it's week 6 of the year and I am already 2 ROAC's ahead.  That will be helpful as the semester ramps up with a vengeance!
Posted by Jenn at 7:54 PM